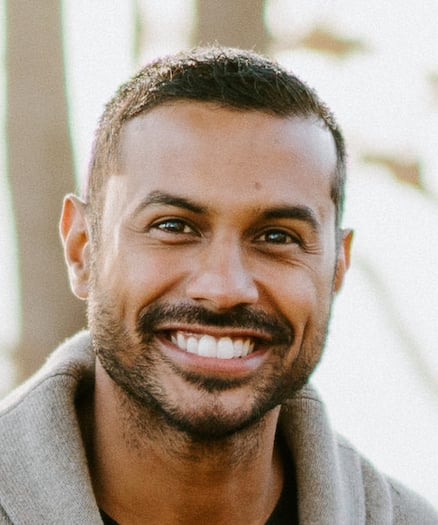 "Searchlight makes me feel good that we’re digging into the signals that are most predictive for quality of hire. It’s taken a lot of guesswork out of our hiring."

Coda is an all-in-one doc startup that brings words, data and teams together. They noticed that much of our lives are dictated by disparate docs and spreadsheets which lead to more confusion and way less productivity. And for the past 50 years, not much has changed. So they decided to start from scratch, with the promise of enabling anyone to build docs as powerful as apps. Now, more than 25,000 teams are doing exactly that. Coda brings words and data into a flexible, customizable workspace enjoyable whether you’re a free flowing designer or task-oriented project manager. But with key competitors like Google Docs and Notion, a valuation that doubled to $1.4 billion in under a year, and a destiny to make Excel a thing of the past, Coda needed to ensure that growing and fostering their team was as proficient and centralized as their product.

Kenny Mendes, Coda’s Head of People, considers himself a “reference snob” and has a track record of high velocity recruiting from building teams at Box and now Coda. His goal is to hire exceptional people in every role. Of all the tools in his recruiting kit, Kenny prizes reference checks as one of the most predictive, reliable signals on whether a candidate will be a high performer on his team. “If you can talk to the people that worked closely with a candidate and understand where their strengths spike and where they are still developing—this signal is the one that’s going to predict what the candidate will bring to your organization,” Kenny said.

Kenny refuses to make any hires without hearing from their references first — and was initially wary about automating this process with Searchlight. But taking three hours to schedule, call references, and take notes by hand was inefficient, said Harry Dannenbaum, Coda’s Head of Recruiting. Harry said his team was wasting too much energy on slow processes and tedious scheduling. This negatively impacted their ability to make good decisions and move fast. After integrating with Greenhouse, Searchlight’s One-Click References immediately saved Coda one-and-a-half to two hours per candidate by delivering reference data back to hiring managers within 36 hours.

Kenny started to understand the value of Searchlight when he saw the data. The reference data was consistently structured, unbiased, and high quality. “Searchlight’s data visualization shows valuable information on a candidate’s strengths, gaps and working styles. I love the way it helps us invest time much more efficiently and ultimately, feel better about our hiring decisions.” Now, whenever a candidate gets to the offer stage, Coda’s hiring managers open up the interview feedback and Searchlight feedback side-by-side to help make the final decision.

Coda’s talent team values Searchlight’s systematic, automated approach to bringing a candidate’s competencies and soft skills to the surface. Coda hired three times more people with Searchlight, all based on quantifiable data. With Searchlight’s structured data, Coda’s hiring team was able to quickly align on whether a candidate would make their existing team stronger.

The increased hiring rate was only the beginning of Searchlight’s impact at Coda. The advantage Kenny and his team quickly noticed was that they not only hired more candidates faster, they were hiring better with Searchlight’s actionable insights, based on onboarding speed and on-the-job performance. There were times when interview feedback almost made them pass on a candidate, Harry said. “But Searchlight’s quantified and corroborated data disproved our impressions, and showed that the candidate had the strengths and culture alignment that we needed.” After hiring these candidates, Coda’s managers used Searchlight’s data to fine-tune their onboarding to play up the candidate’s strengths while proactively addressing their gaps. Harry estimated that five percent of their hires were candidates that Coda would otherwise have turned down without Searchlight.

Kenny believes Searchlight can impact any sized business with its streamlined, visual behavioral data and clear-cut approach to signaling quality of hire. With Searchlight, Coda was able to hire faster, avoid mis-hires, recruit the right candidates, and save their talent team time. With Searchlight’s scalable, data-driven platform, they’ve revolutionized their hiring process and codified their approach to building an efficient team, Kenny says. “Searchlight is a platform that I would implement from day one at an organization and expect that it will grow through hiring thousands of people a year.”

Select a video type in the sidebar!